Heart Rate Variability and Its Uses 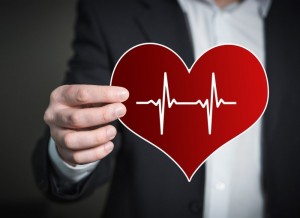 Heart Rate Variability (HRV) doesn’t have much to do with your heart, it’s a test that examines your nervous system. HRV has been used in several professions for more than four decades before: it is now being used in chiropractic.

Assessment of the human body adaptive capacity requires ANS assessment because the tone of both the sympathetic and parasympathetic systems are vital determinant factors of the level that your body is able to marshal its regulatory reserves so that it can deal with stress. HRV asses this system’s tone and then the data is interpreted in several ways.

Bathurst Chiropractic is your best Bathurst Chiropractor; we do everything to help you live a better life. Bathurst Chiropractic’s health philosophy is optimal wellness, not just pain relief. When you’re in pain, your body will send you a signal telling you that something is wrong in your life. Our focus is to identify and correct those problems using the latest technology.

We direct care towards our patient’s nervous system because it’s the control system within your body. Dysfunction here can cause wide-reaching plus dramatic effects. Call (02) 6331 1004 now to schedule an appointment.